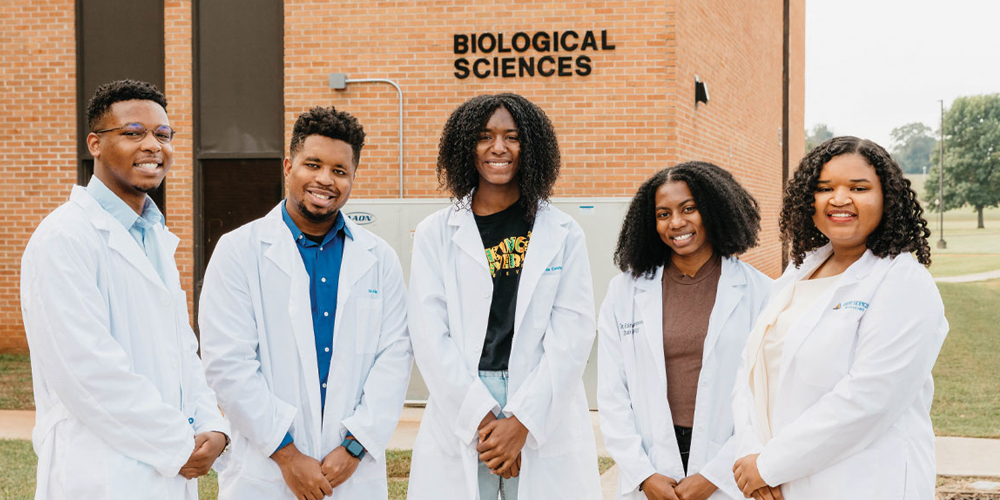 Oakwood University was founded by the Seventh-day Adventist Church (SDA) in 1896 with a focus on the education of recently-liberated African Americans in the South. The school opened to 16 students and was named the Oakwood Industrial School, where a faith-based industrial training atmosphere was offered.

In 1904, with the expansion to include a broader curriculum, the school’s name changed to Oakwood Manual Training School. The school grew to offer a two-year college program with an emphasis on subjects paralleling most junior colleges, and in 1917 the name changed to Oakwood Junior College. By 1943, the school’s name changed again, becoming Oakwood College as it received its first accreditation as a junior college, moving toward senior college status, and then becoming accredited by the Southern Association of Colleges and Schools (SACS) to award both associate and baccalaureate degrees.

Oakwood consistently ranks in national media, business and educational associations, and U.S. News and World Report has ranked it perennially among the nation’s top colleges, in both categories of Historically Black Colleges and Universities as well as Regional Colleges in the South. Furthermore, according to the Association for American Medical Colleges, Oakwood is the nation’s fifth-ranked producer of undergraduate black applicants to medical schools.

At Oakwood University, academic excellence is emphasized to promote the harmonious development of mind, body, and spirit, as well as the preparation of leaders in service for God and humanity.

Oakwood University has worked to transform lives and raise leaders through a quality Christian-centered education. Through the schools of Arts and Sciences, Business, Education & Social Sciences, Nursing & Health Professions, Theology, Graduate Studies, and the Adult Degree Completion and Honors Program, Oakwood students are ensured to graduate with a focus on excellence and strong commitment to integrity.

At Oakwood, school officials remain dedicated to instilling a sense of community and service oriented action within students. Many well-known leaders of industry have come to be added to the Oakwood University legacy. Some notable alumni include, but are not limited to:

At Oakwood University, undergraduate tuition is $9,487 for resident and non-resident students, with the total charges per semester ranging from $9,995 to $15,020. For students enrolled and attending classes at Oakwood University in a financial aid-eligible program, financial aid may be available in the form of grants, work-study, a part-time on-campus job, student loans, or scholarships.

Oakwood University is reportedly in the top 40th percentile of all colleges in the country, as 99% of incoming freshmen were offered scholarships averaging $10,880.

At Oakwood University, the mission remains to transform students through biblically-based education for service to God and humanity.